The Index of Concentration at the Extremes measures two different racial groups (e.g., Black and white) at opposite ends of the income spectrum by neighborhood. The Index is a census tract-level measure that illustrates the variation in racial-economic segregation across neighborhoods. In this analysis, we look at wealthy white households in relation to low-income Black, Latinx, and Asian American and Pacific Islander (AAPI) households. To calculate the Index, we subtract the number of Black, Latinx, or AAPI households living on low incomes from the number of high-income white households and divide the difference by the total number of households in each census tract. The Index thus ranges from -1 to 1, where -1 would represent a theoretical neighborhood consisting entirely of low-income Black, Latinx, or AAPI households and 1 would represent a neighborhood consisting entirely of high-income white households. Following Massey’s cutoff, we define neighborhoods as areas of concentrated white wealth if they score above 0.3 on the Index and areas of concentrated racialized poverty if they score below -0.3. For this analysis, “high income” is defined as at the 80th percentile of the regional household income distribution ($200,000 a year or more) and “low income” corresponds to the 20th percentile of the household income distribution ($45,000 a year or less). Data comes from the 2019 five-year American Community Survey summary files from the US Census.

Measuring current levels of racial-economic segregation underscores that deep and persistent pockets of both white wealth and Black, Latinx, and AAPI poverty persist in the Bay Area, despite the region’s diversity and progressivism. It also illustrates the extent to which concentrated white wealth is a major driver of the region’s socioeconomic segregation: there are six times as many neighborhoods of concentrated white wealth than there are neighborhoods of concentrated Black, Latinx, or AAPI poverty. And it reveals the region’s geographic divide between renters of color and white homeowners.

Bridging these racial, geographic, and income divides is critical to securing a future in which all Bay Area residents belong and prosper. Segregation hinders the region’s prosperity and affects everyone; from public officials and planners to police officers and public health officials, we all have a role in reducing these racial and economic divides.

Policymakers and advocates can use the maps and the underlying data to better understand the extent of racial-economic segregation in their communities and inform decision-making on important issues, including where to build and preserve housing for people living on low incomes, how to ensure access to quality schools for all children, and where to invest in transportation and neighborhood improvements. The process of updating local housing elements that describe how to meet affordable housing needs in all communities across California is a particularly important opportunity for addressing racial-economic segregation.

Across the Bay Area, 164 (10 percent) of the region’s 1,572 census tracts are areas of concentrated white wealth, meaning they have a threshold of .3 or higher on the Black-white, Latinx-white, and AAPI-white Index of Concentration at the Extremes. These highly segregated neighborhoods are located in seven of the region’s nine counties, with over half located in San Francisco, San Mateo, and Contra Costa Counties. Solano and Sonoma Counties are the only counties without a highly segregated neighborhood of white wealth.

Both neighborhoods that make up Los Altos Hills in Santa Clara County are also classified as highly segregated. Of the more than 150 low-income households in Los Altos Hills, all are white. The situation is similar in cities like Atherton, Hillsborough, Piedmont, and Tiburon — each of these cities is made up entirely of neighborhoods of concentrated white wealth.

No census tracts in Solano and Sonoma Counties scored above 0.3 on the Index. These counties are slightly less segregated though segregation persists in certain pockets in Santa Rosa, unincorporated areas, and Vacaville. One Santa Rosa neighborhood near the Bennett Valley Golf Course scored 0.28 on the Index, and a census tract in unincorporated Sonoma County near the Russian River scored 0.27. Most of the higher scoring tracts in Solano and Sonoma Counties also have few to no low-income Black households and less than 50 low-income Latinx households, even as the vast majority had over 100 low-income white households. Yet they have fewer high-income white households and therefore score lower than the richer counties in the core of the region.

Systemic inequities have relegated many Black, Latinx, and AAPI residents to disinvested, higher poverty neighborhoods that limit access to jobs, services, high-quality education, parks, and other amenities that are key to economic success. The cascading and negative effects of living in these areas of concentrated disadvantage often influence outcomes beyond individual or family-level characteristics.

We also ranked all Bay Area census tracts based on the Index of Concentration at the Extremes where the comparison groups were Black, Latinx, or AAPI renters and white homeowners. The scores were much more extreme than the income-based measures. Looking at tracts with index scores above 0.3, we found that:

The situation is similar in many cities across the region, from Santa Rosa, San Rafael, and Belvedere to Danville, Berkeley, and Los Gatos. Most exclusively white homeowner census tracts may have some Black and Latinx households, but those households are also homeowners. In fact, there are 16 census tracts in the region where all renters are white. Each of these neighborhoods is also an area of segregated white homeowners (i.e., they rank above 0.3 on the white homeowner-Black/Latinx/AAPI renter Index). More than 400 renters live within one census tract in San Rafael, and 100 percent of them are white.

Segregation (re)produces social inequality, as residents in neighborhoods of concentrated wealth experience compounded advantage and those in concentrated poverty experience heightened disadvantage. To remedy the enduring legacy of segregation and create a region where all can participate and prosper, we must address restrictive land use policies that allow exclusionary neighborhoods to remain disproportionately rich and white. The California H.O.M.E. Act (Senate Bill 9), for example, will give many homeowners in neighborhoods zoned for single-family homes the right to divide their lots in half and build up to three additional homes on them. This law has the potential to open up some of these more restricted neighborhoods to lower-income residents and people of color. Local governments in the Bay Area are also in the process of updating their housing elements. This part of municipal general plans details both where new housing will be built at different levels of affordability (based on their Regional Housing Needs Allocation, or RHNA, as prescribed by the Association of Bay Area Governments) and any policies that will help jurisdictions meet their housing needs. This process provides a welcome opportunity for cities and towns to confront segregation within their borders and chart a different path forward. Other solutions that help combat racial segregation, recently described in an Othering and Belonging Institute brief, include expanding rent control and just cause for eviction protections that help to prevent displacement, adopting inclusionary zoning, and expanding affordable housing policies.

1 Massey, Douglas. 2001. “The Prodigal Paradigm Returns: Ecology Comes Back to Sociology.” In Does It Take a Village? 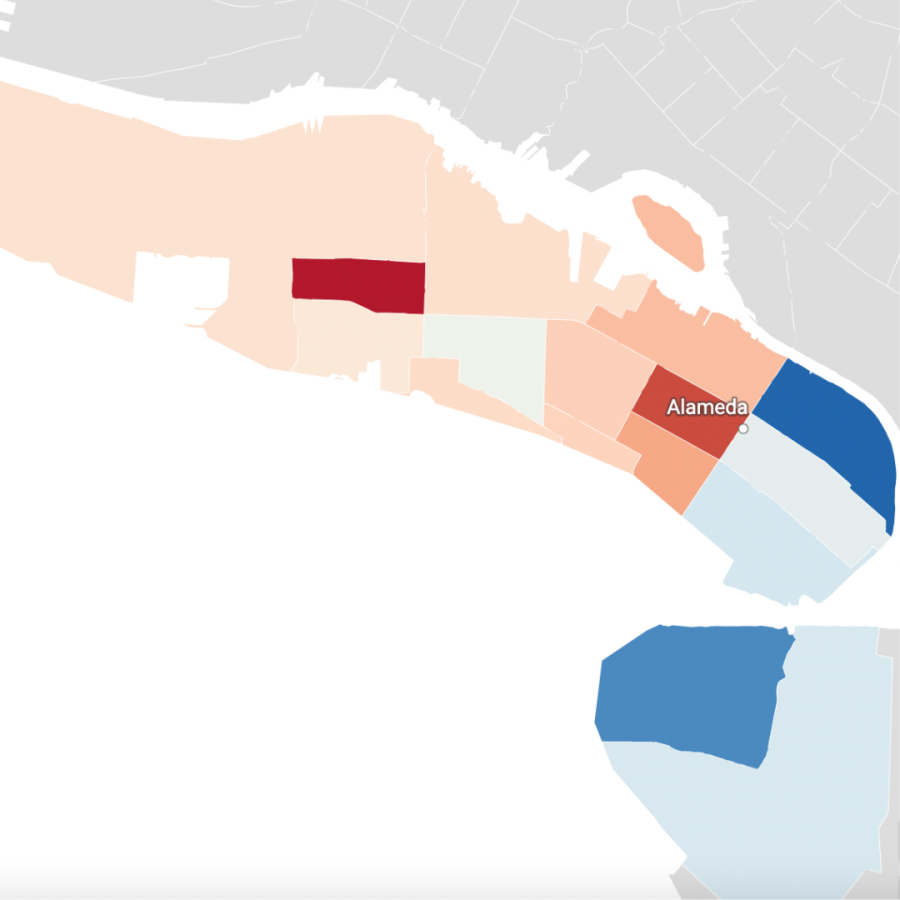 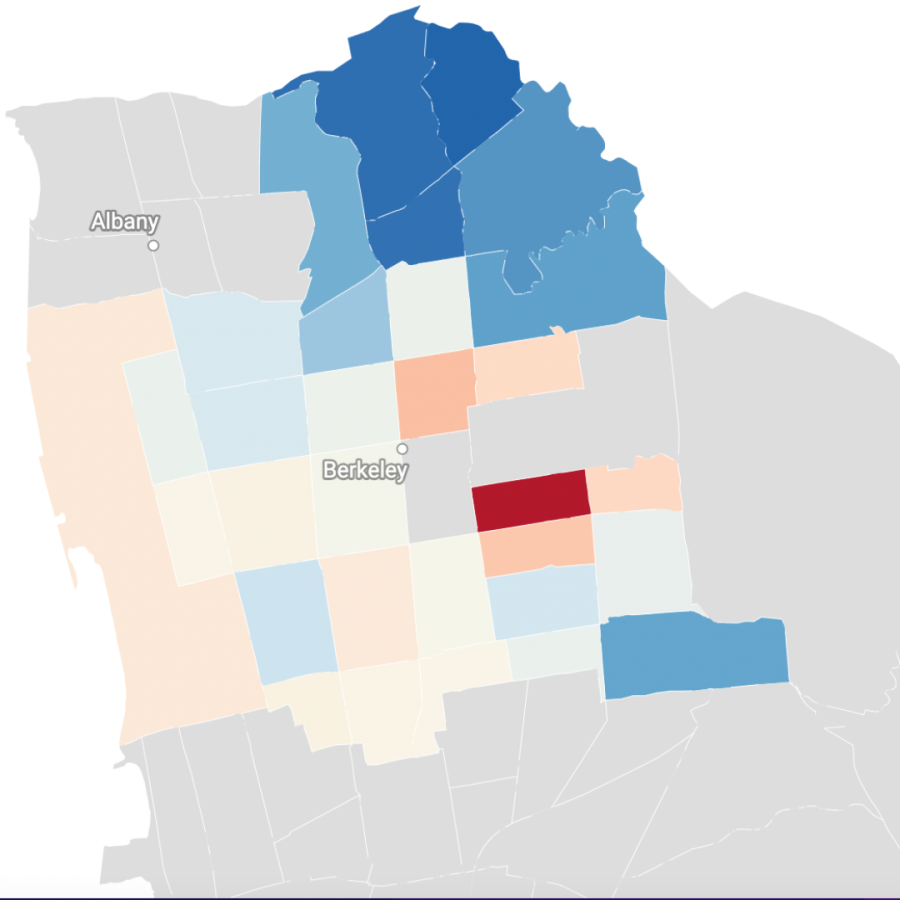 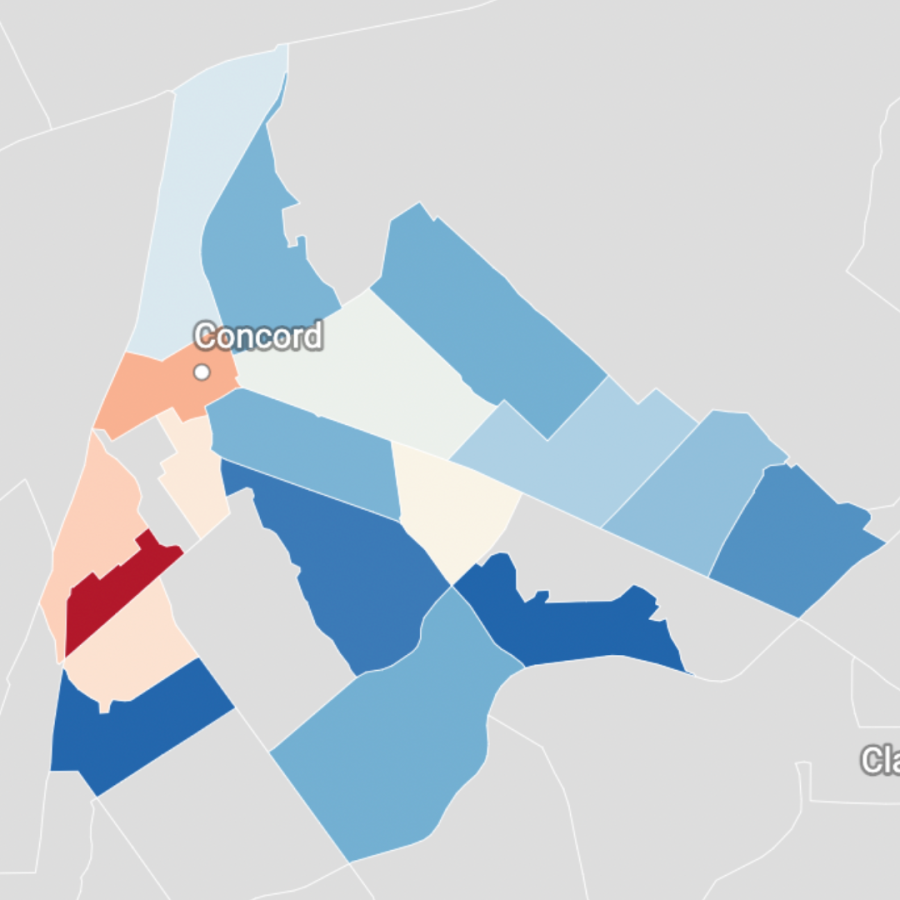 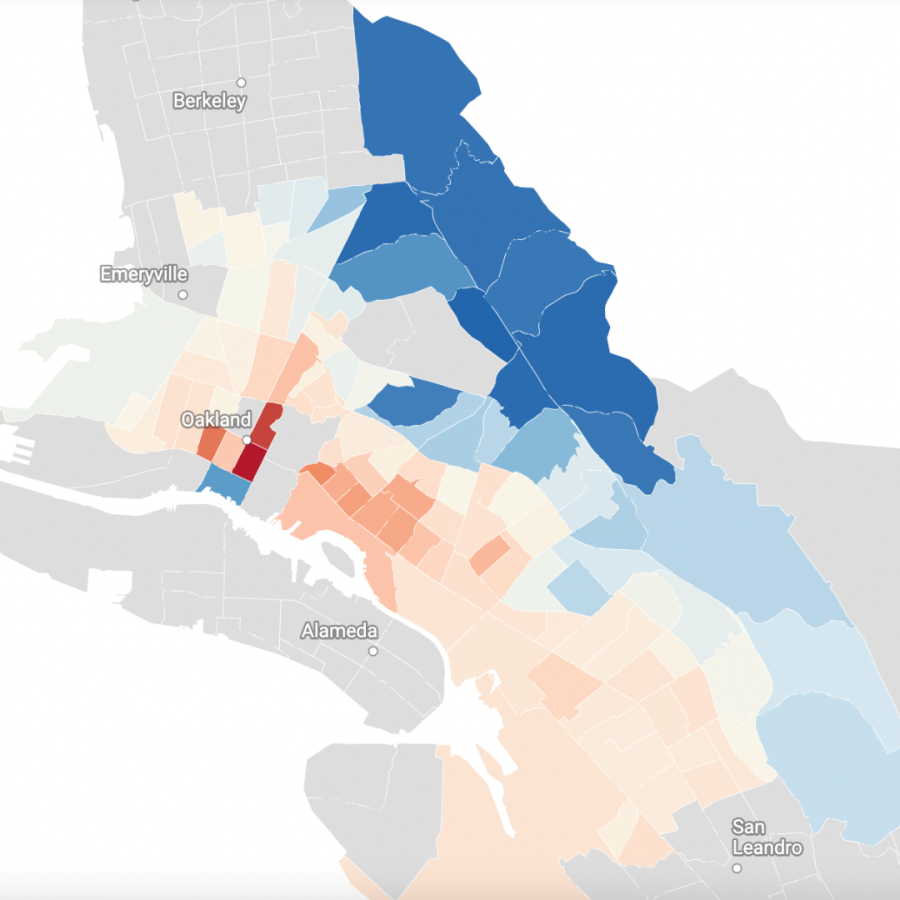