Our analysis of police use-of-force incidents in the Bay Area reveals that police violence affects wealthy suburbs as well as core cities.

We have witnessed repeatedly the disproportionate and unjust killing of Black men and women at the hands of police, and in nearly every case the police are neither arrested nor charged, and many remain on the force. The callous killing of George Floyd, a Black man, at the hands of a White police officer in Minneapolis has sparked protest across the country and the world, and has shifted public consciousness and given rise to policy changes few could have imagined possible just a few weeks ago. Public institutions in Minneapolis have cut ties with the police department and the city council has voted to take steps to disband the police, vowing to replace it with a new model of public safety and redirect funds to community-based strategies. Several Bay Area officials have also pushed for change, including San Francisco Mayor London Breed who called for funds to be diverted from police to Black communities, and the Oakland school board which voted to eliminate the Oakland Schools Police Department, an effort led by local advocates.

In California last year, as a result of organizing and activism by families who lost loved ones to police violence, the state passed the California Act to Save Lives aimed at addressing the very issue of excessive police use of force. But much more is needed as shown by this month's unjust and fatal shootings of Sean Monterrosa by a Vallejo police officer and Erik Salgado by California Highway Patrol in Oakland, which has increased existing outrage.

This analysis takes a closer look at police violence against Black people in the Bay Area by looking at data provided by the police use-of-force indicator in the Bay Area Equity Atlas for the region’s 101 cities. This data, which originates from the Open Justice Data Portal from the California Department of Justice, describes the number and rate (per 100,000 people) of civilians involved in incidents with law enforcement (e.g., police and sheriff’s departments, state police) in which they sustained serious bodily injury or death, or in which law enforcement discharged a firearm at them, for the two-year period of 2016 and 2017 combined. Examining the rate allows for meaningful comparison across cities with differing population sizes. It is important to note that while this is the best data available for police use of force at the local level, it is not perfect: some use of force incidents in the Bay Area may not be included due to agency underreporting, particularly in the first year (2016) and the exclusion of records missing geographic or demographic information.

Black Residents Make Up 6 Percent of the Region’s Population, but Account for 20 Percent of Use-of-Force Incidents

The cities of San Leandro, Antioch, San Francisco, Vallejo, Vacaville, Pittsburg, and Oakland have lower rates of use-of-force incidents that involve Black residents, but some have higher absolute numbers of incidents. San Francisco, Oakland, and Antioch had the highest reported number of incidents involving Black people—six, five, and four incidents, respectively. Each of these communities (except for San Francisco), have a larger share of Black residents than the region as a whole (6 percent).

It’s a Matter of Life and Death

In the wake of the killing of George Floyd, activists have called for the defunding of the police as well as the removal of police from schools. Now is the time for bold policies that divest from policing and invest in communities.

As this analysis shows, in the Bay Area, the issue of police violence is a regionwide one that affects wealthy suburbs as well as core cities. Across the Bay Area residents are rising up and calling for change and our political leaders must act to build a stronger and more just region.

What can you do? Take action by supporting these local Black-led, grassroots community organizations that are working to end police violence and build community safety and justice in our region: 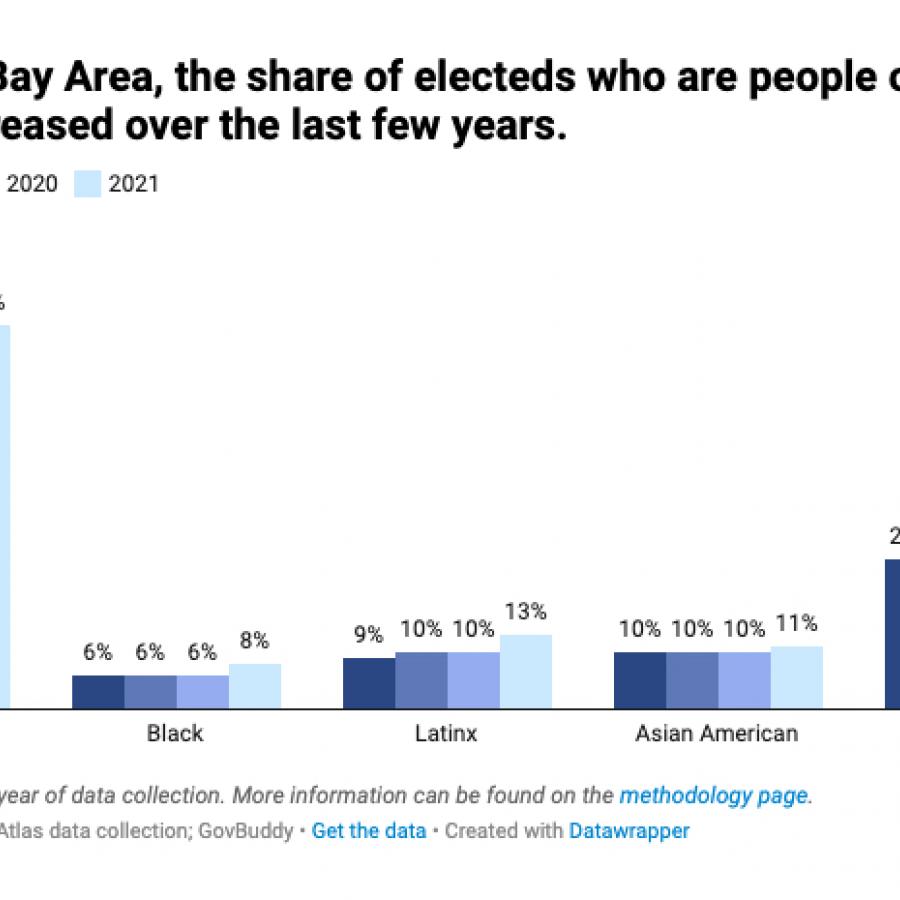